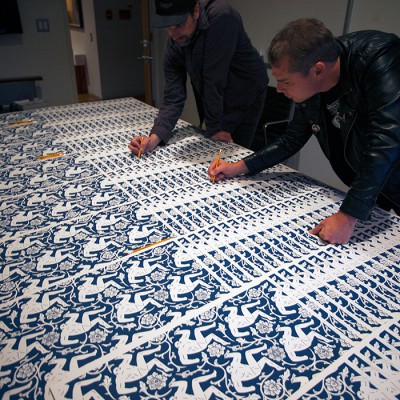 Cleon Peterson and I recently collaborated on a mural in Miami’s Wynwood district and were happy enough with the end result to decide to make some limited edition screen prints inspired by the mural. Cleon and I both deal with the persistent themes of the fragility of society, human savagery, and corruption in our work. The image has a dichotomy in its hypnotic classical floral pattern with sinister elements woven into it, which caution the viewer to look deeper than an appealing surface presentation.
-Shepard

18 x 24 inch screen print.  Signed by Shepard Fairey and Cleon Peterson.  Numbered editions of 150.  3 colorways available:  Black/White, Gold/Black and Blue/White.  All sets are $120.  Purchase limit is 1 set per person/household only.  Choose your color!  If you purchase more than one set you will be refunded for your last order(s) and we will ship your first order. 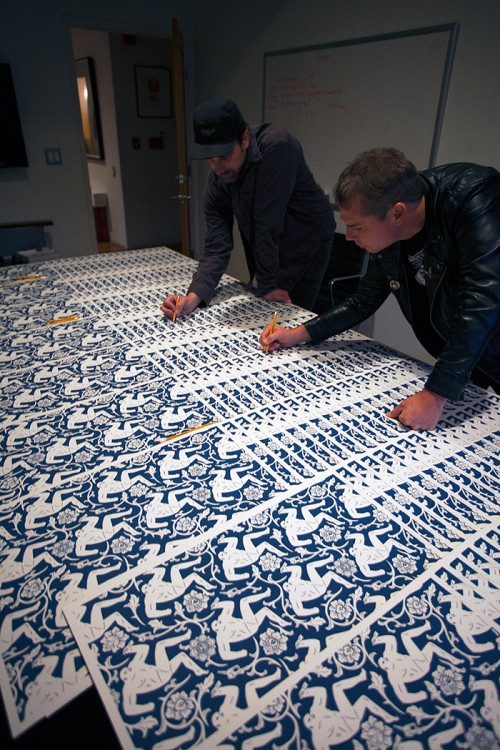 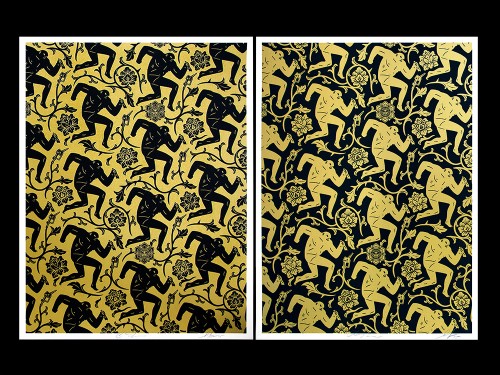 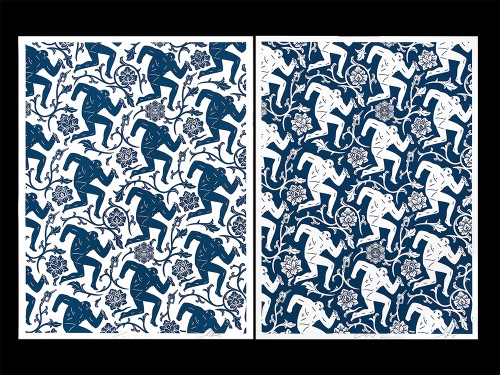 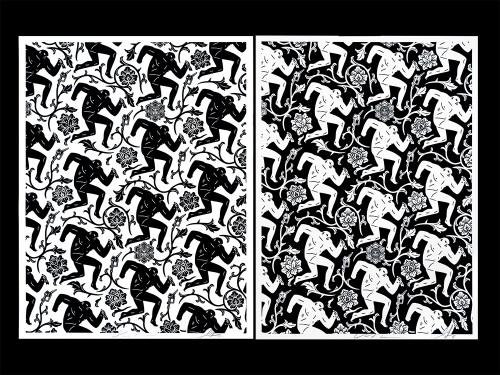 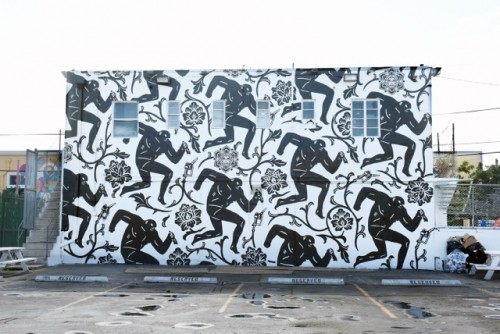 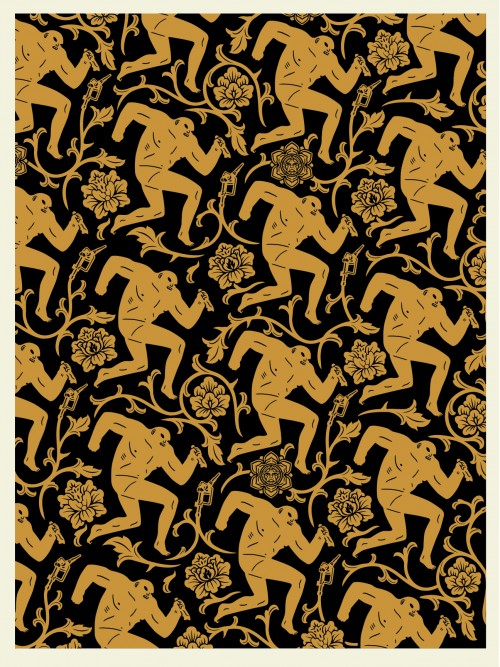 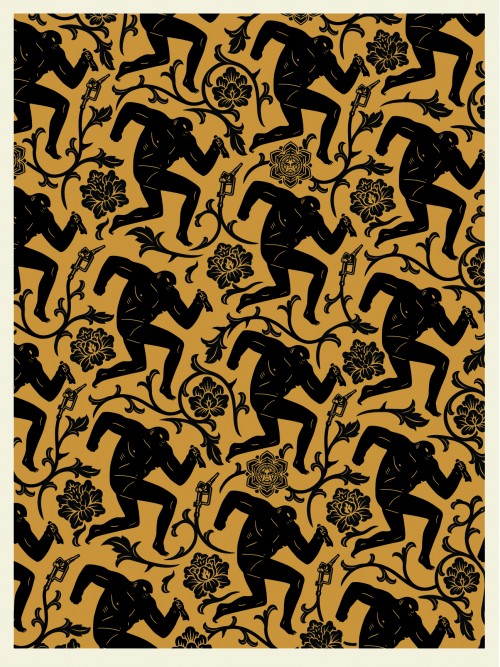 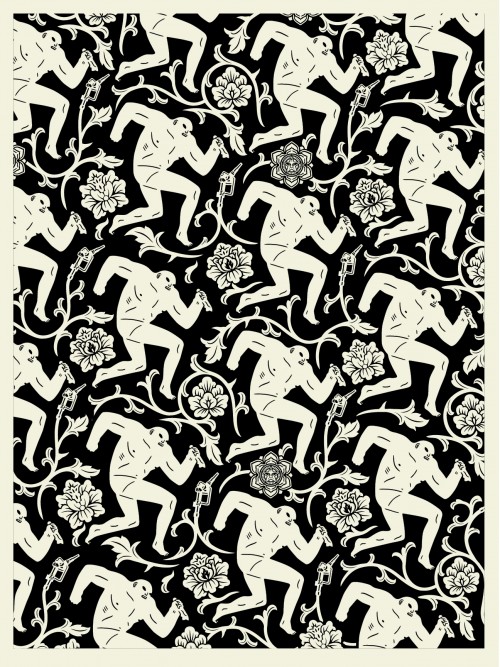 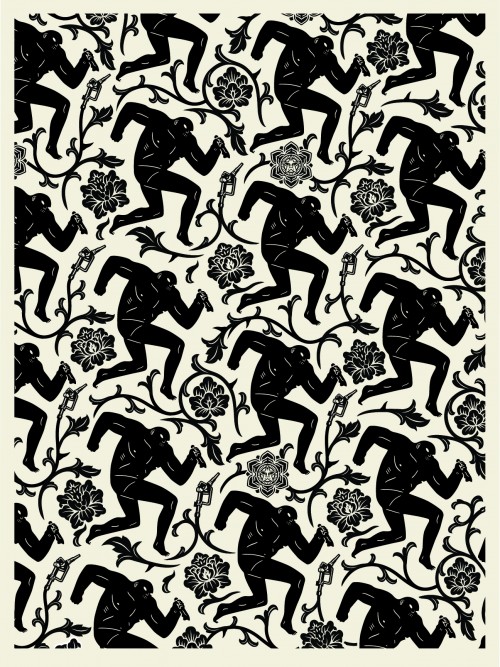 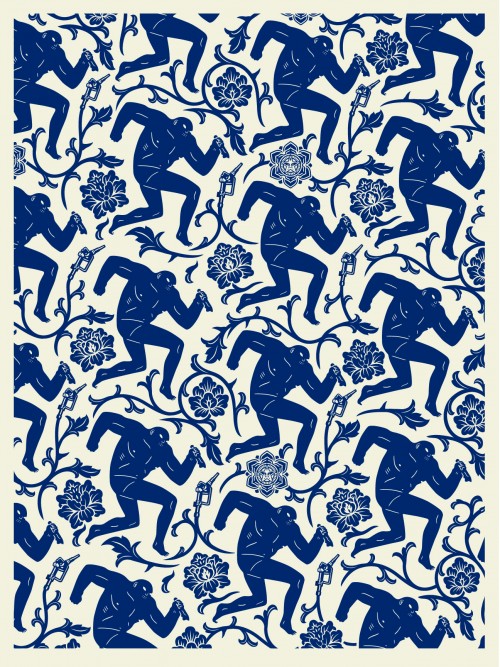 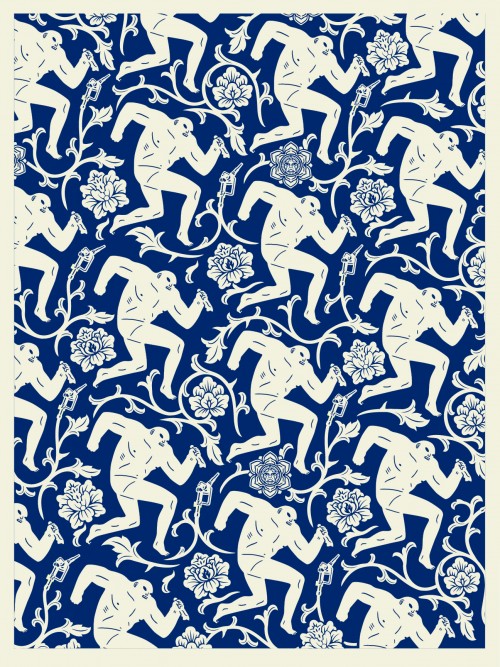