BERNIE SANDERS HAS A POSSE 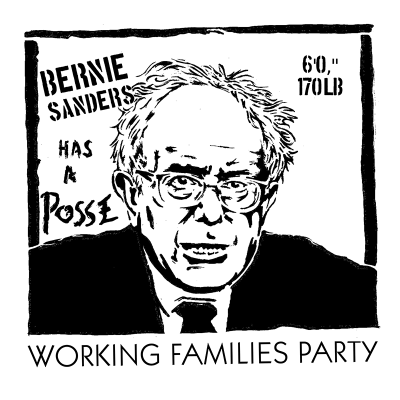 I’m supporting Bernie Sanders for President because I think that he’s the candidate most likely to work for the needs of normal people, not the wealthy and powerful. He believes in campaign finance reform and is practicing what he preaches by not accepting corporate donations or creating Super PACs. I was excited to see an homage to my Andre the Giant Has a Posse sticker because my sticker campaign has always been about grass roots resourcefulness which I think connects meaningfully to the Sanders campaign. Bernie needs help from people like you and me and I think he’ll look out for the needs of people like you and me. Make a contribution to his campaign if you can afford it.
– Shepard

Check out the information by Working Families below. Image by: Jeremy Merrill 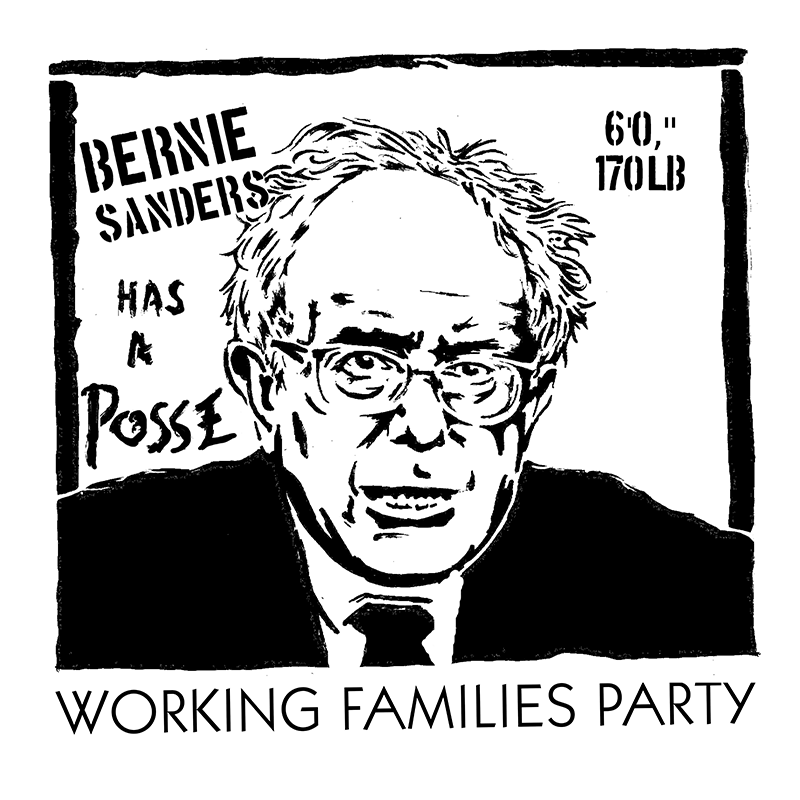 Bernie doesn’t have a Super PAC. He doesn’t take money from corporations or sleazy billionaires like Martin Shkreli. The corporate-owned media will barely report on him, even though he’s polling better than Donald Trump.

But you know what he does have? The backing of the Working Families Party Posse!