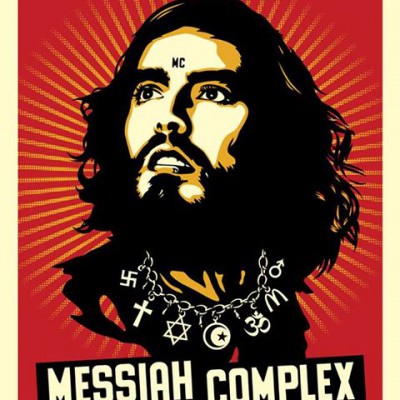 I just got back from France where I was completely off the grid for the last part of the trip. Many of you may have seen it already, but I was very proud of my friend Russell Brand for how he dealt with the disrespectful hosts of MSNBC’s Morning Joe. Russell was on the show to promote his upcoming Messiah Complex stand-up tour for which I worked on the art with assistance from Cleon Peterson. Russell and I frequently talk about the reductive filtration of info through the distorted lens of most media, often focusing on the sensational and superficial. I’m ashamed of the state of most American news programs. I do like some of the MSNBC shows like Rachel Maddow and Chris Matthews, but the Morning Joe crew insulted Russell and he schooled them without being malicious. The sad truth, and a credit to Russell, is that he is a better entertainer, better debater, better advocate of humanity, and more aware of current affairs than those MSNBC hosts. What he did was a classic demonstration of the Situationist concept of détournement: turning the machinery of capitalism or the media against itself.
They tried to reduce him to a caricature and he turned the tables. Check out the video.

On a related note, Russell brought up both Bradley Manning and Edward Snowden in his “interview” on MSNBC. I assume everyone knows, but just in case, Bradley Manning is a U.S. soldier who leaked thousands of classified documents and video of airstrikes in Iraq and Afghanistan to Wikileaks. He is being charged with aiding the enemy which could result in life in prison. I believe Manning was motivated by his conscience when he saw indiscriminate civilian killing by the U.S. forces that sickened him and he felt the U.S. public should be aware of such incidents. I do not agree with Manning releasing classified documents unrelated to the egregious behavior, but Manning is a misguided whistleblower at worst, and far from someone attempting to aid the enemy. Rather than the U.S. government prosecuting a whistleblower in the most severe way(Manning has basically been tortured in solitary confinement leading up to his trial) I think our govt. should be looking at the operations in Iraq and Afghanistan that kill civilians and fuel extremism. Those actions are the ones that aid the enemy far more than Manning’s. It is disgusting that Manning faces life in prison while the soldiers behind the reckless murder of civilians face no penalty. This is almost literally a case of “killing the messenger”. Check out and spread this video in support of Manning

Lastly, I’m disgusted by the NSA domestic spying program. Warrantless surveillance under Bush was extremely disconcerting, but not surprising in the post 9/11 climate of fear. The extent of Obama’s spying is unacceptable and I feel sickened and betrayed by someone I dedicated a huge amount of time, energy, and money to support based on the way he presented his views as the antithesis of Bush’s. The charge of Edward Snowden with espionage for exposing the Prism program only dims my view of the Obama administration further. Snowden, once again, is a whistleblower who felt that the American people needed to know their phone calls and emails are not private, so they can decide whether they approve such a universal loss of privacy in the name of safety. I would personally rather take my chances with terrorists than see the potential for abuse of such a program manifest itself in the ways Nixon or J Edgar Hoover types would corruptly wield it. However, what is crucial is transparency. If the citizens of the U.S. know about the program and approve it democratically I’d disagree, but accept that it was the choice of the majority. Secrecy is unacceptable.
People accusing Snowden of being a self-serving narcissist need to consider that he had nothing to gain, but much to sacrifice for exposing a program he thought most Americans would oppose if they knew… his job, ridicule from nationalists, and freedom in his own country. Saying that by fleeing to Hong Kong, Russia, Cuba, Ecuador, etc… that Snowden is cavorting with U.S. enemies, is absurd. Snowden clearly knew he would be arrested in the U.S. and would be extradited from any U.S. ally country. We, the U.S. are often the bullies, not the benevolent diplomats. I got choked up today thinking of the courage it takes to expose a horrible problem when you know you will be brutalized as a consequence. I see nationalism as falling in line with the govt. agenda regardless of how morally flawed it is, while I see patriotism as doing what pushes the country in a morally superior direction, even if it conflicts with govt. policy. We need more patriots and fewer nationalists.
-Shepard 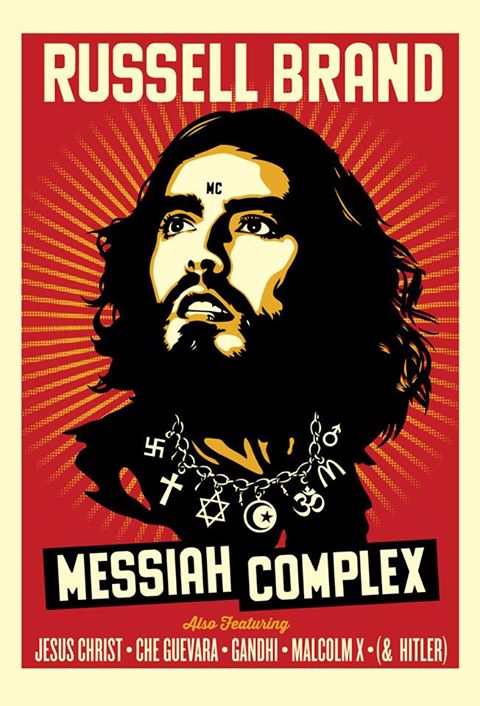