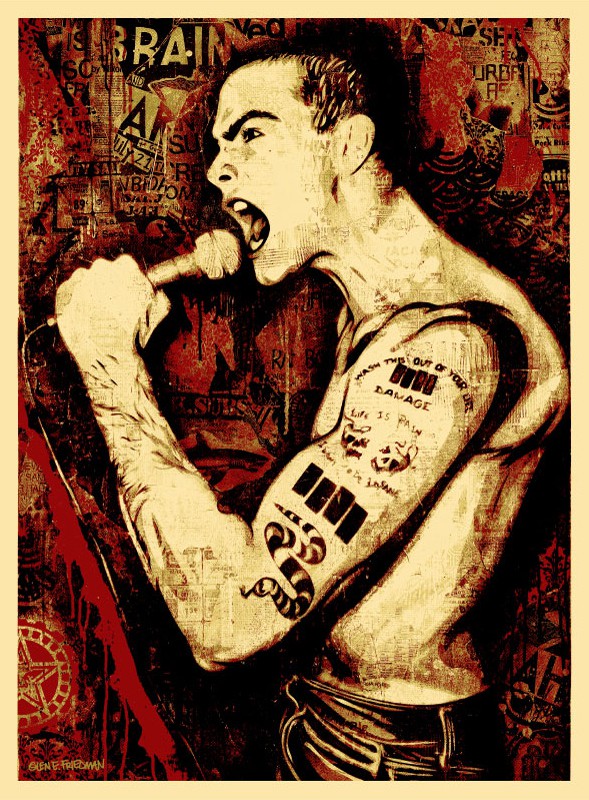 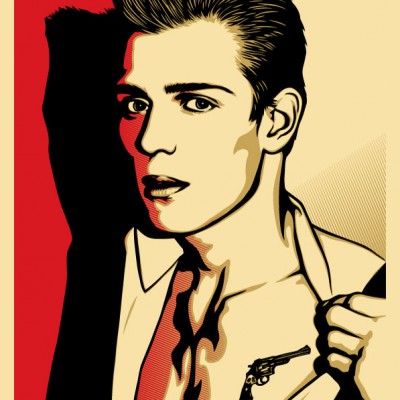 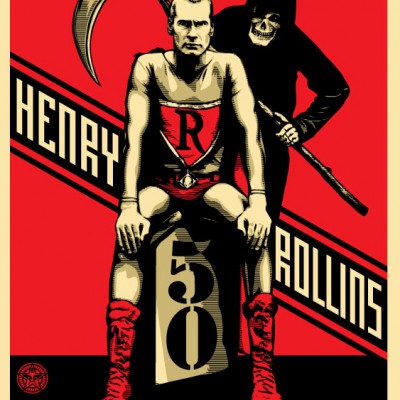 This Sunday, 2/13/11, the second Rollins print comes out on Henry’s 50th birthday. The print is based on a painting I did from a 1981 Black Flag photo by Glen E. Friedman, with whom I’ve collaborated on several great projects. The print is signed by Glen, Henry, and me. It is an edition of 450. I reiterate what I said about Henry last week: I hold Henry in high regard for his many talents as a singer, writer, radio DJ, TV host, political and social commentator, etc… but above all I love his energy and gusto. Henry has been doing it his way hardcore for 30+ years.
-Shepard

Here is what Glen has to say:

Henry Rollins is an inspiration of intensity. The final frontman of my favorite band of all time, he fit the bill like no one else. I’ve said it before and I’ll say it again, the man is as serious as a heart attack. Reason enough to ask Shepard if he wanted to do this collaboration to create one of his iconic graphics, from an iconic photograph of mine, of an icon of our time. To celebrate his 50th year on the planet, I can think of no better reason. Much respect to “H” for doing what he does to the fullest as always. Happy Birthday Brother.
-GEF