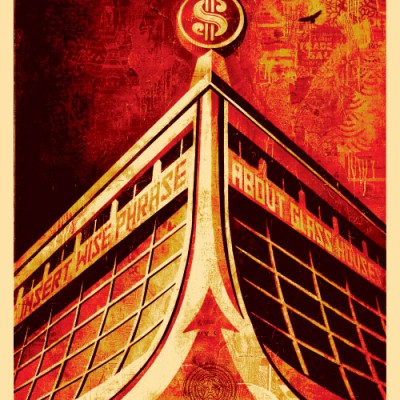 The Glass Houses print seems fairly self-explanatory, but l should explain some of the ideas and motivation behind it. A basic idea is that we, meaning we as a society, are familiar with the cautionary anecdotes about “glass houses” and “houses of cards”, yet despite warning signs we allow dangerous practices to go unchecked. People with money have the power to change many things in the world. Unfortunately money and power are often used to prevent change, no matter how broken the current system may be, especially when their wealth is a direct result of that system. Over the past couple years, the U.S. has seen several chronically toxic systems—healthcare, energy, finance, auto manufacturing—melt down into large-scale catastrophes, causing widespread suffering. The administrators of these systems, from Wall Street to big oil, haven’t been spared from suffering, but instead of letting the perpetrators bear the brunt of their disastrous judgment, our political leaders have done what they usually do: whatever their financial (read: corporate) backers want them to.

I don’t want to diminish some of the positive reforms that have been passed by our Congress, because I think that things like making it illegal for health insurers to deny coverage to people with preexisting conditions or mandating an audit of the Federal Reserve are better than nothing. What saddens and angers me is that all these systems have proven themselves unsustainable and in need of massive change, yet the only changes made have been minor and mostly cosmetic.

Matt Taibbi’s recent article on the Senate’s attempts at financial reform (http://www.rollingstone.com/politics/news/17390/96712) described a lot of the mechanics behind the political castration of reform efforts. I highly recommend reading the article if you’re interested in all the gory details. One thing in particular stood out to me: when it came down to crunch time in the debate, the financial-services industry sent over 2,000 paid lobbyists to Washington; the only counterpart on the progressive side, Americans for Financial Reform, had 60 unpaid volunteers lobbying on their behalf. The result of the lobbyist blitz was a bill with giant loopholes that will essentially let Wall Street go back to business as usual, free to pull the same stunts that led to the global economic crisis.

I have a feeling we can expect similar results when it comes time for an energy and environmental policy bill in the wake of BP’s disaster in the Gulf. You would think it’s easy to find a common-sense solution in the wake of a meltdown, but recent history says otherwise. The health-care and financial reform debates have demonstrated that money still trumps both logic and public sentiment, or at least has a way of watering legislation down to the point of toothlessness.

I don’t believe that money is the root of all evil, but I do think that many of the world’s major man-made problems have been the result of ignoring social and ecological currency in favor of economic currency. For the individuals and corporations lobbying Congress, the dollars they spend in Washington constitute a sound economic investment. But in social and ecological terms, maintaining the status quo will only lead to our collective bankruptcy. 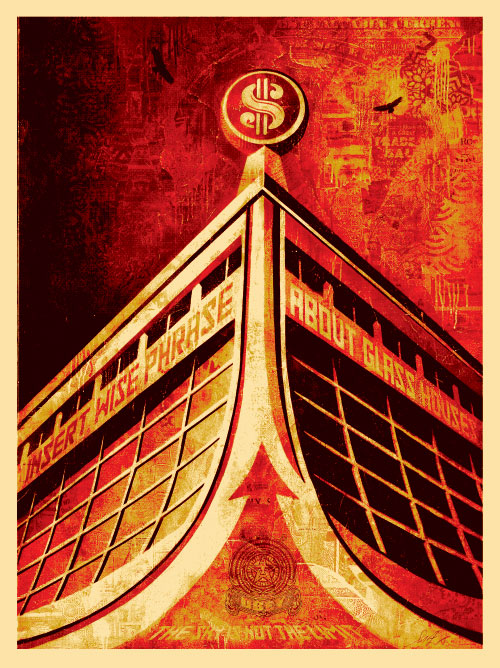