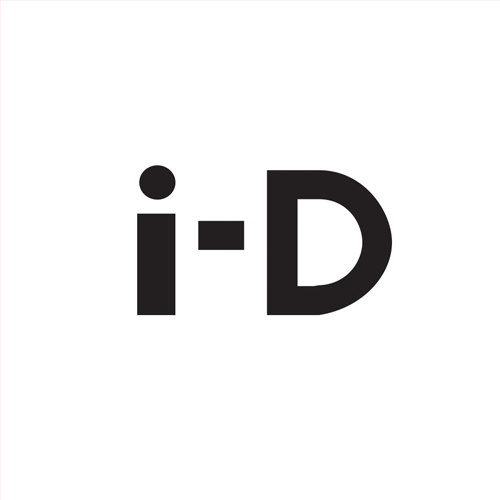 These are questions i was asked by I.D., not a printed interview. I chose to put my responses on the site because the questions are frequently asked and challenging.

1. What do you think of the Fred Perry Ads?
The Fred Perry ads don’t really make sense to me because it feels like a white tennis company trying to infiltrate hip hop/graffiti culture rather than the culture embracing Fred Perry. Many elitist white companies have been embraced by hip hop as a status symbol, but this comes off as a little patronizing to me. A photographic campaign of real graff people in the clothing or even the person painting the mural may have seemed more authentic. Designers always copy each other so the ones that don’t work with actual graffiti artists might have a version of graffiti that is 5 generations removed. They even make weak graffiti type faces for the computer.

2. Do you agree that the minute that you have somebody corporate dictating your words, it is no longer true graffiti?
Graffiti can never become too mainstream because it is an activity, not a style. Mainstream embrace can water down the cliche graffiti look but most progressive graff artist have evolved past that eighties wild style look. It’s true that once it’s done for a company it’s not true graffiti unless the company is the graff artist’s company and they advertise their product with their street art. Graffiti is generally an illegal activity which conforms to no rules, no design by committee! True graffiti to me, is just putting work you want out on the street for everyone to see without compromise. No govt. censorship, no gallery owner to reject you. It’s about a pure uncompromised manifestation of your art and ideas whether people like it or not. I try to be respectful of businesses and private property that isn’t run down, but with all the bad ads out there, I think most public space if fair game.

3. Does it have to stay underground to stay true?
What does underground mean? Punk rock and hip hop are not underground. That whole mainstream vs. underground thing is a load of crap. People who whine about a thing becoming successful are just jealous. It all depends on quality and intent. If something retains its integrity and quality, people shouldn’t mind if it becomes popular. Exploiting a style just because it is popular sucks, and any artist, graffiti or otherwise, shouldn’t participate in a project unless it’s proponents desire to understand and perpetuate the culture and perspective from which the artist comes. I have this unrealistic notion that exposure for graffiti is positive through any channel that gives positive representation, which may or may not be fashion. I think expanding acceptance of graffiti expands freedom of speech and genuinely helps democratize things for the individual in this spectator democracy. Graffiti is very liberating and that shouldn’t be reserved for the cool underground. That’s a selfish mentality.

4. Do Japanese fashion designers, in general, have a better understanding of graffiti?
Graffiti seems to be big with lots of forward thinking brands right now. Especially in Japan. Companies like Bathing Ape, Undercover, Haze, Subware, Project Dragon, Stussy, Zoo York, Ecko Unltd, all take a sophisticated , graphically sound approach to mixing fashion and graffiti. In the US, Tribal Clothing has used only real graffiti artists for it’s product for the last 10 years. I respect those guys a lot for their commitment to the scene. They are in for love not money. That is what is important to me but people shouldn’t frown on one making money if they do it with integrity. In Japan, there seems to be an appreciation for innovation in graffiti and elsewhere. The graff artist and designers who are popular there are innovators, ahead of the curve collaborating. My work has been embraced there and the company I work with is considering opening a couple of stores to sell “Obey”, my clothing line. The guys I work with in Japan recognize that I need a controlled environment with no competing product watering down my presentation to best represent my art meets propaganda, meets fashion project. All the top designers in Japan have a store that helps enroll their audience in their vision. I’d like to do the same thing in a store that I do on the street and in the gallery.

5. Is graffiti ever effected by what is going on in fashion?
Traditionally graffiti was influenced by fashion in it’s early iconography because it was so closely tied to hip hop. Adidas and Puma and Kangol were always used in graff iconography. Lately, I think fashion influences graffiti more in exposing people that don’t live in big city to graffiti. Everyone has MTV. If Graffiti writers don’t like where fashion takes the culture then they just need to stay a step ahead. Futura and Haze are good examples of graff pioneers who lead in the beginning and have evolved and continued to lead.

6. Are there examples of fashion, graffiti, and hip hop working side by side? Did Stussy achieve it?
Graffiti and hip hop have been so closely linked for so long and hip hop has been so influential on fashion that graffiti has been close by for tons of fashion since the early eighties. Movies like “Beat Street”, “Breakin’” and “Wild Style” all had a strong graffiti presence. To me, Stussy was the first real hip hop, street graff flavored clothing line that used images from the culture itself as iconography. Prior to that it was more like…”Run DMC rock Adidas so I will too”. With Stussy the fashion became a more reflexive representation of the culture.

7. What do you think of Futura’s work with Levi’s Japan?
I like Futura’s collaboration with Levi’s. The stuff looks really cool and I think it’s good exposure for Futura and a smart association for Levi’s. It’s not like Levi’s is new on the scene, Zephyr is wearing a jeans jacket in “Wild Style”. I’m actually working on the same program with Gareth Wills for Japan. He is a designer himself and has a true appreciation for graff art. He saw my work on the streets in Tokyo and contacted me. I’m into doing collaborations with companies that represent the art properly and I don’t have any hang-ups about it because I’m still very active on the streets. I feel comfortable doing commercial stuff as long as there is still a contextual reference to my work on the street. I feel people do eventually evolve in their lives past being able to take the risks involved in street art, but the vitality of the street bombing is still crucial for me. My art feels meaningless without the context of the street and it’s rich texture and unpredictability.

8. Do you think that it is okay to employ graffiti in fashion?
For me, fashion alone is elitist and boring. Graffiti is populist. The mixture, sociologically can be an interesting melting pot. I enjoy things that cause different groups of people to mingle and exchange ideas or argue.

9. Can you tell me what kind of clothes you sell and how they work in the way your stickers and posters work?
The clothes I sell are based primarily on the graphics I do and the iconography I use. I’ve always thought of a T-shirt as a utilitarian, unintimidating canvas. My cut and sew items have flag labels of the giant face and interior labels that say, “The medium is the message”. The garments come with a stencil hang tag that has a condensed manifesto and my obeygiant.com url on the back. My clothing line is designed to espouse my ideas and be intelligently irreverent. I’m hoping the stencils will get the line banned in high schools, then kids will want it even more and understand oppression on a small scale. I also just enjoy making cool stuff. My work is a combination of fun and provocation. People tell me they get more questions about my T-shirts that anything else they wear.

10. Tell me about the collaboration with Paul Frank.
Paul Frank approached me about making a few custom items because they were fans of my work. I was a big fan of theirs as well so we decided to do a limited edition program. They are some of the coolest people I’ve ever worked with. They have fun with what they are doing and it shows in a great product. Their stuff is really great but has a very humble humorous self deprecation, a lot of designers could learn a lesson in humility from the folks at Paul Frank Ind. My stuff sells mostly at good boutiques and skate shops. I don’t really know what the sales volume is yet, that’s not my main concern. I’m preoccupied with making cool stuff that compliments my street campaign.

11. What are your plans for the future?
The Levi’s collaboration is coming up and I’m talking with DC shoes about a limited edition shoe/t-shirt/custom box set. I also have some skateboard decks coming out through Expedition skateboards. I’ve been skating almost 17 years and I’d like to put my work back into the community that gave me so much inspiration. What’s next? I don’t know, I’m always just trying to grow the scope of the project. The quality and scale of my work keeps increasing and the more commercial projects I have the more I can fund the expansion of the street campaign. I just want to show that in a sea of very funded, cut throat corporate competition, a grassroots campaign can make an impact with a little innovation and a lot of tenacity. I’m always pulling for the underdog whether I’m still the underdog or not.