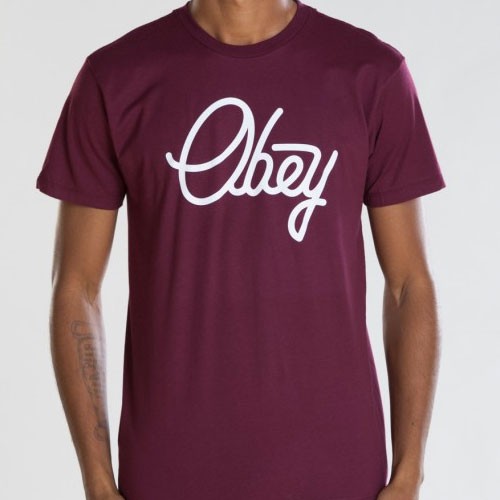 I’ve been hearing some cries of “SELLOUT!” over the various products for sale. Anyone who has not taken on a project of this ambition and complexity or owned their own business is really in no position to be judgmental. However, people are judgmental by nature, so here is what I have to say: The uncompromised experiment is definitely not over. Because the campaign exists in harmony with, not contrary to, conspicuous consumption (the giant project could not exist within a social climate that was not susceptible to consumption catalyzed by image repetition).

The Giant campaign simply pokes fun at the process by teasing the consumer with propaganda for a product which is merely more propaganda for the campaign; very reflexive,.. the propaganda and the product are the same. The ultimate success of giant is commercial embrace because this demonstrates that the unaware consumer, as opposed to the hipster in on the joke, has been subversively indoctrinated. I’m trying to achieve as large scale a coup as possible with an absurd icon that should never have made it this far. Only if the campaign reaches a level of visibility and interaction that exceeds the underground “cool” ceiling will it have a chance to make a profound statement about the societal tendency to jump on the bandwagon. The dialogue the project can start about the process of imagery absorption is the most important aspect; this dialogue is most meaningful if the giant campaign becomes pervasive enough to become a trend psychology driven feeding frenzy like some silly crap such as the Rubik’s cube or the Spice Girls.

Backlash is an unavoidable side-effect. Anyway, I put all the profits back into more stickers and posters for the street, because that is my love, not money. People have different reasons for liking GIANT and I can understand people not wanting to see it leave the underground niche it has enjoyed for so many years. All I can say is that even in the commercial applications of OBEY/GIANT I am attempting to retain the rebellious spirit of the street project (every t-shirt comes with a mini-stencil and manifesto).