Like countless others, I was devastated to see the brutal beating of Tyre Nichols by five Memphis police officers that led to his death. I’ve made many pieces of art touching on racial bias, police brutality, and the combination of racial bias and police brutality. The fact that the five officers who beat Tyre to death are also Black demonstrates the complexity of bias in our culture and policing specifically. I made this No More Bias print before Tyre’s death but as a comment on similar tragic injustices. The abuse of power in his case is all too familiar and similar to recent cases like Elijah McClain dying from a police ketamine injection administered even after he was handcuffed and restrained. The statistics don’t lie… Black motorists and pedestrians are more than twice as likely to be stopped, questioned, and searched than white citizens. Yet searches of whites lead to the discovery of contraband more often than searches of Blacks. This statistic contradicts arguments for “probable cause” in the case of Blacks being stopped and searched. Unarmed Black citizens are five times more likely to be killed by the police than unarmed white citizens. Police culture and police oversight need to be reformed to improve accountability and equity. A portion of proceeds from this print will support the EJI (Equal Justice Initiative) in its efforts to enhance racial justice, economic justice, and the protection of human rights for the most vulnerable members of society. Thanks for caring.
–Shepard

No More Bias. 24 x 36 inches. Screen print on thick cream Speckletone paper. Signed by Shepard Fairey. Numbered edition of 600. Comes with a Digital Certificate of Authenticity provided by Verisart. $95. Proceeds go to Equal Justice Initiative. Available on Thursday, February 2nd @ 10 AM PDT at https://store.obeygiant.com. Max order: 1 per customer/household. International customers are responsible for import fees due upon delivery (Except UK).⁣ ALL SALES FINAL. 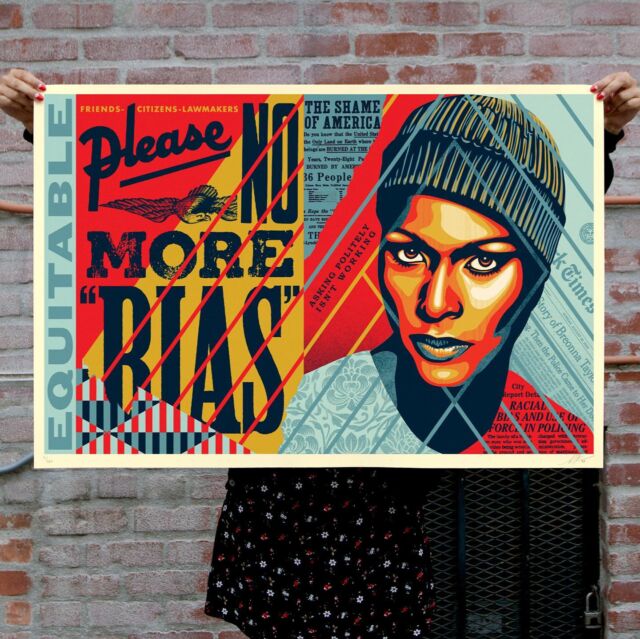 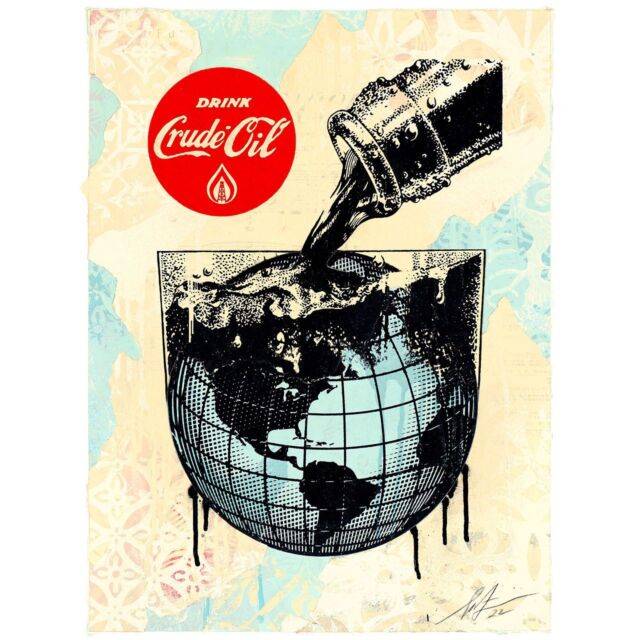 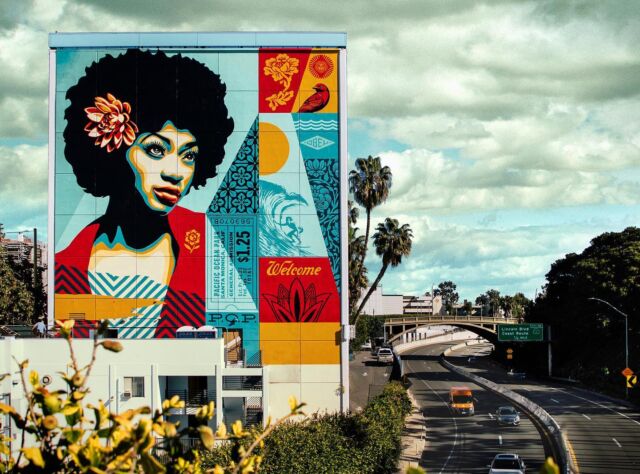 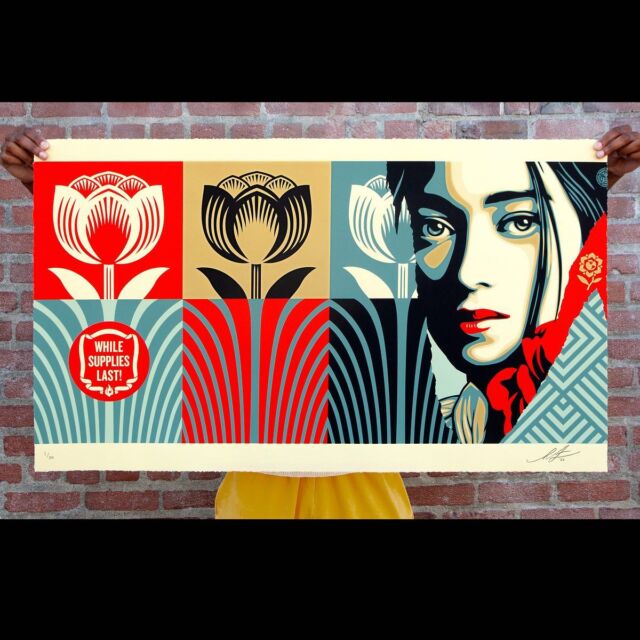 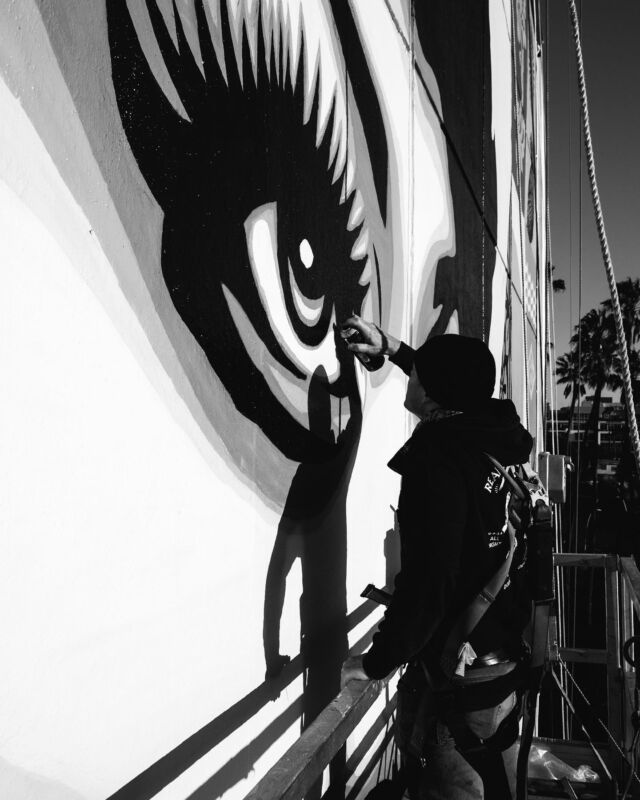