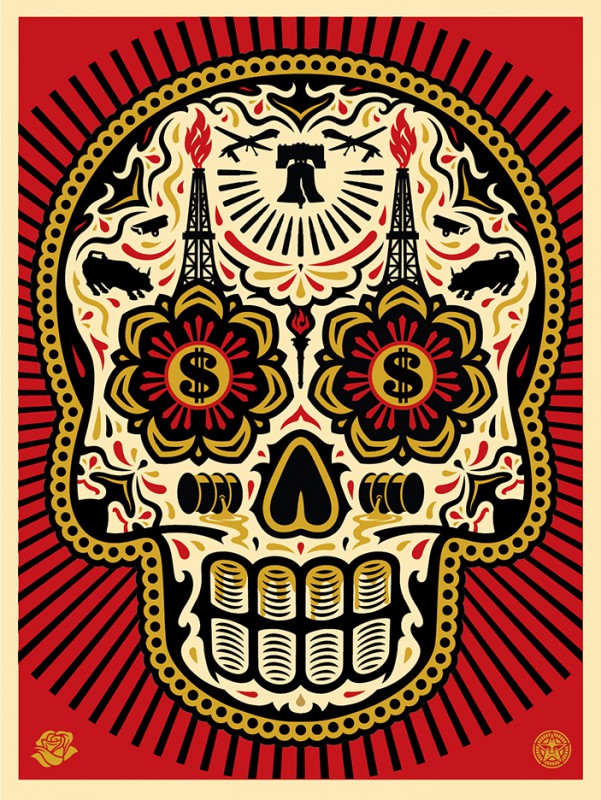 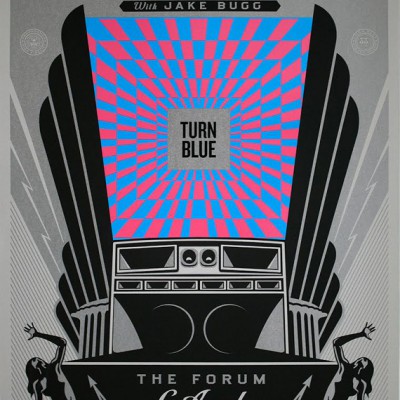 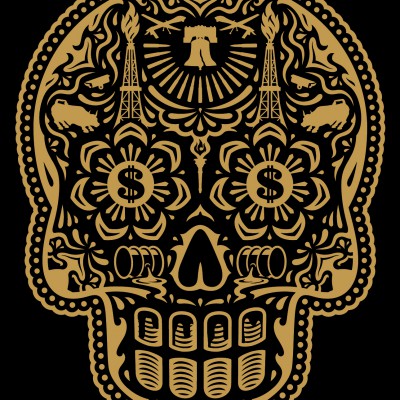 The Power & Glory Day of the Dead Skull is my second collaboration with Ernesto Yerena on a Day of theDead skull. Our first skull was more of a general homage to the Dia De Los Muertos style, but this one is more topical. If the idea of the Day of the Dead is to remember those souls who occupied the earth before us, then I can’t help but think about how those who come after us will remember us. Were we good stewards of the earth and the legacy of humanity? Ernesto and I have similar political views on war, greed, human rights, corruption, and the destruction of the planet, so we decided to make this skull about those subjects. I did a show exploring the dark sides of Power & Glory and this skull image is another cautionary call for us to think about our values and the legacy we will be remembered for.

-Shepard
The first time that Shep and myself collaborated on a skull was in 2008 and since then I have created my own versions of skulls once a year. Each skull I have chosen a certain theme to go off of using the Iconic Dia De Los Muertos style but also using it as a platform to make a specific statement or just to celebrate culture or history. For this collaboration Shep and myself went back and forth and we chose the theme to incorporate the downfalls of living within a country that has taken the course of a Empire. In a way this piece serves as a time capsule in order for us to never what our government was doing a the moment. thanks-e