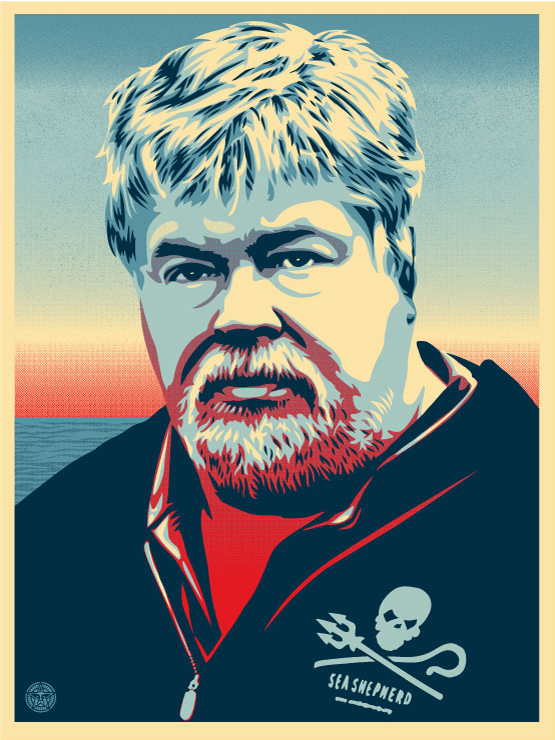 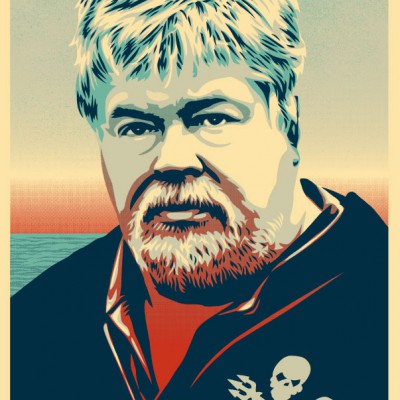 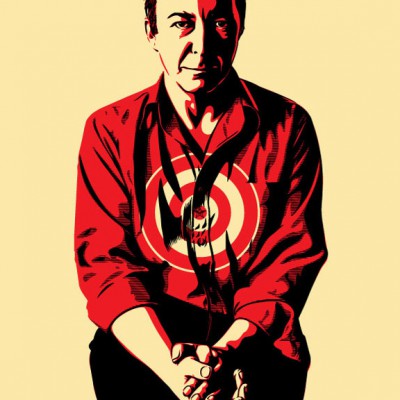 The mission of Sea Shepherd Conservation Society is to defend ocean wildlife worldwide. Shepard did a portrait of founder Paul Watson that will be available as a print on 12/17/09 at Random.  The print comes in two different colorway, Light Blue and Dark Blue.  Both are Editions of 450, 18 x 24, Signed and Numbered by Shepard and Capt. Paul Watson.  $55 each.  A portion of the profits will go to the Sea Shepherd Conservation Society. http://www.seashepherd.org/

Established in 1977, Sea Shepherd Conservation Society (SSCS) is an international non-profit, marine wildlife conservation organization. Our mission is to end the destruction of habitat and slaughter of wildlife in the world’s oceans in order to conserve and protect ecosystems and species.

Sea Shepherd uses innovative direct-action tactics to investigate, document, and take action when necessary to expose and confront illegal activities on the high seas. By safeguarding the biodiversity of our delicately-balanced ocean ecosystems, Sea Shepherd works to ensure their survival for future generations.

Paul Watson also appears in a fantastic documentary about the illegal slaughter of dolphins called “The Cove”. “The Cove” demonstrates the difficulty of untangling the corrupt relationship between corporate interests and government. Brave people with strong convictions risked a lot to capture the footage shot in Japan. The film has a great appeal in the drama of the mission and the sympathy we feel for the highly intelligent dolphins, but the abuses represented could apply to any number of situations where money and power subdue ethics. I went to the theater opening weekend to see it and there were not many people there. Movies like this are very important and need our support. Please check it out. http://thecovemovie.com/ and http://www.seashepherdartshow.com
-Shepard 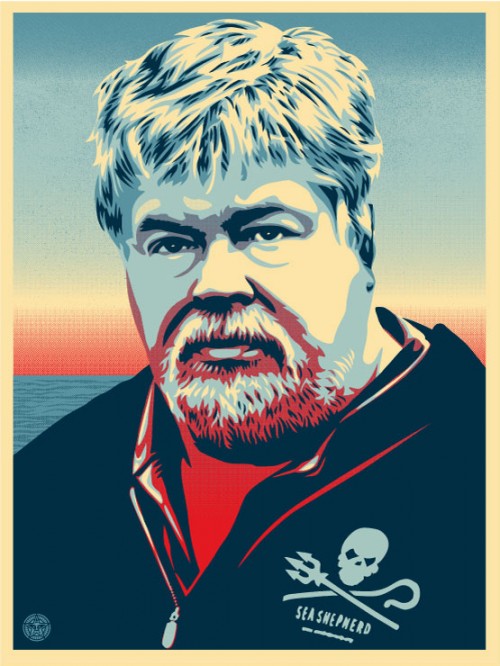 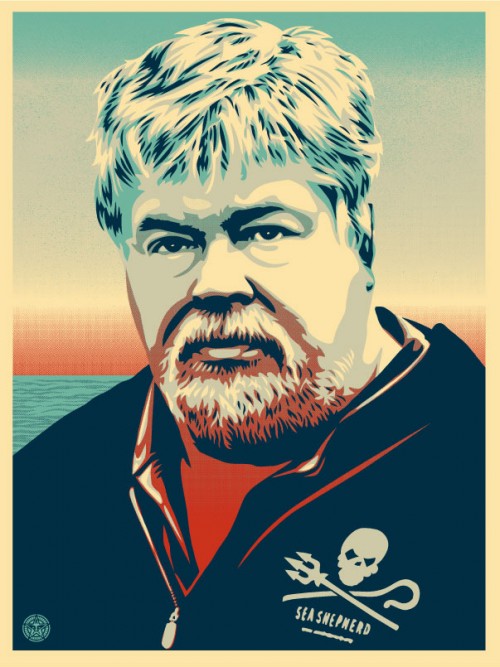