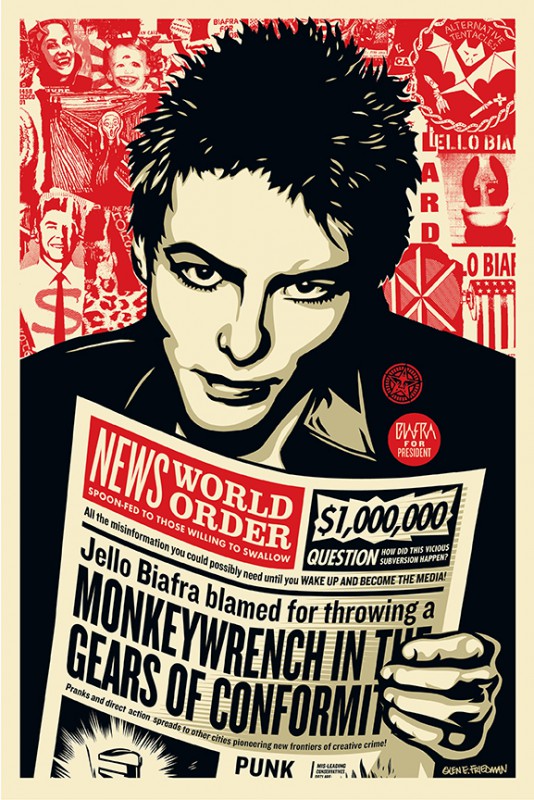 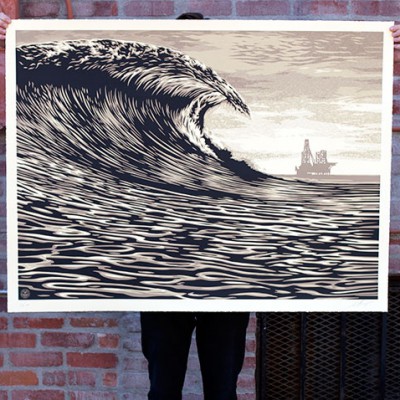 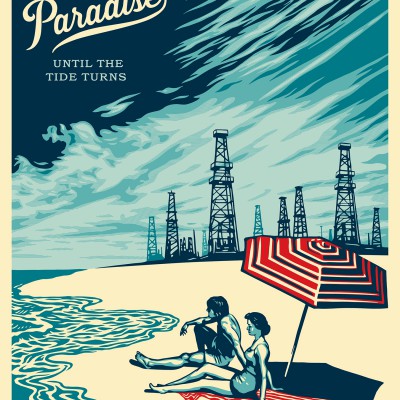 The Dead Kennedys album “Plastic Surgery Disasters” was one of the first punk albums I bought back in 1984. I loved the music and lyrics from the album, especially the song “Bleed For Me” which skewered Ronnie Reagan’s foreign policy and human rights record.I bought all of the Dead Kennedys albums that were out up to that point and they were a big part of my evolution toward questioning authority and corporate greed. “Fresh Fruit For Rotting Vegetables” is a classic. I have been able to work with Jello Biafra,  the singer and brilliant  lyricist of The Dead Kennedys, on a few projects over the years, and when he asked me to design a portrait skateboard of him for Powell-Peralta I knew I’d ask Glen E Friedman if I could work from one of his photos. Glen liked the way the skateboard turned out enough to suggest we do a screen print. Jello agreed and all three of us signed it. I think this is a pretty special collaboration considering how influential Jello and Glen have been in my life. Oh, Winston Smith deserves a shout out, because he created the Dead Kennedys logo and the Alternative Tentacles logo which are included in the collage.

By the way, Jello Biafra and his band The Guantanamo School of Medicine will be playing live at the Roxy in West Hollywood on April 6. I’ll be there and you should be too. It’s gonna rock.