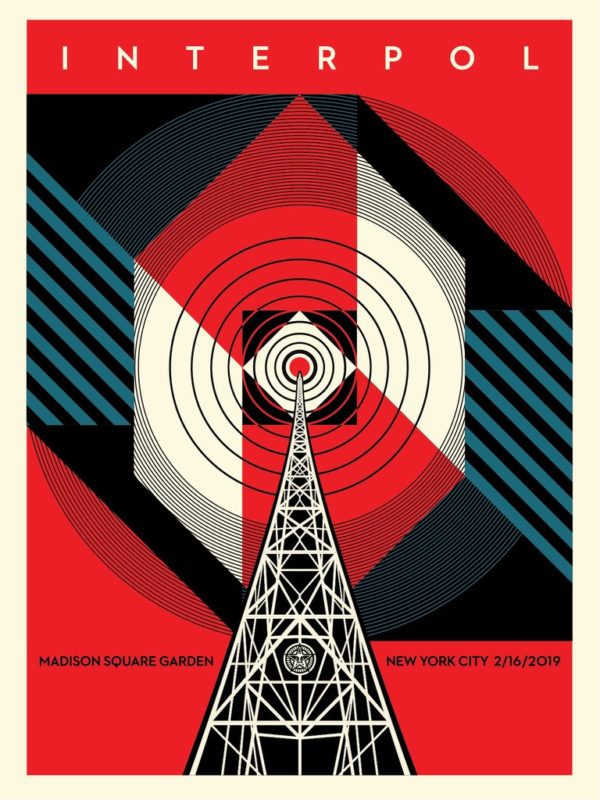 Interpol is one of my favorite bands, and I’ve been lucky enough to collaborate with them throughout the years. My first introduction to them was when I stalked them backstage at Coachella and offered to create art for them if they ever needed it… to my surprise, they knew my work already and decided to take me up on my offer. My first project with Interpol was in 2004 when I created art for the follow up to their debut album, “Antics.” Ten years later in 2014, I was approached with another opportunity to not only create a print but also to paint a mural for their fifth studio album, “El Pintor.” I’m excited to announce that I’ll be releasing a new print that I created in honor of their upcoming show in New York at Madison Square Garden on February 16th! This Interpol NYC Calling print is available on Tuesday, February 19th at 10 AM PST on obeygiant.com, in Store under Prints. I think that art and music together are even more powerful than either individually! – Shepard