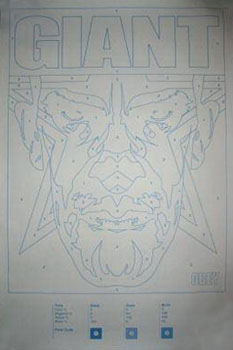 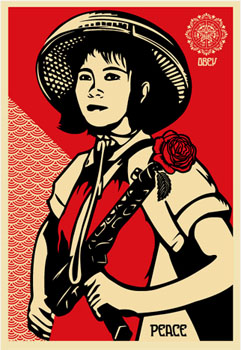 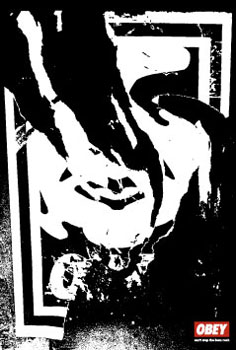 This image is an illustration I drew of a guy with somewhat of a creepy face, which I called “Giant Brother” as a reference to George Orwell’s 1984, where the government has everyone under surveillance and their slogan is “Big Brother is watching you.” I illustrated half the face and then mirrored it, and I discovered that since no face is perfectly symmetrical, the symmetry introduces an inhuman, sinister aspect to a picture that might not be as disturbing otherwise. I thought the guy looked creepy to begin with, but it turned out even scarier than I had predicted. (Note: This quote refers to the original 1999 release of this print.)